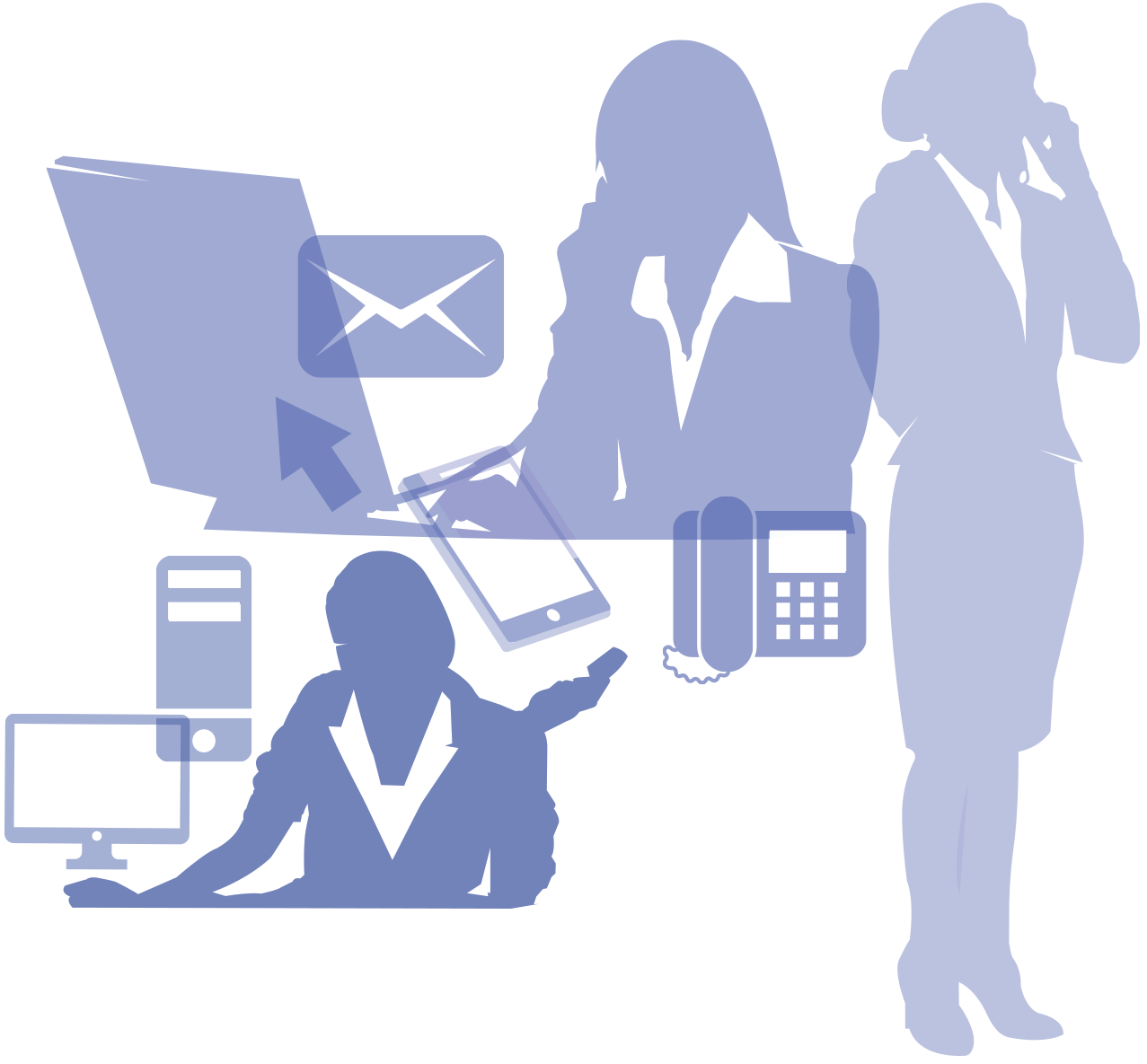 Using only a headset and a PC or a mobile phone, your receptionist will be able to manage your life and improve the service your customers get, all without having to be tied to the desk anymore.

CAN YOU FIND EVERYONE IN YOUR COMPANY AT THE CLICK OF A BUTTON?

Take on some of your receptionist’s super operator power through MiCloud’s central repository of information that has everyone’s name, surname, department, and phone number listed – even customers.

HOW MUCH DO YOU WANT TO IMPRESS YOUR CUSTOMERS

With the Company Directory, the receptionist can save customer contacts when they call in, and the next time they call, can blow them away by answering with their name. The best part is, when the receptionist saves the contact, everyone in the company gets it.

DOES YOUR RECEPTIONIST SPEND HALF HER TIME TRYING TO FIND THE RIGHT PERSON OR EXTENSION, AND THE OTHER HALF DEALING WITH CALL BACKS?

Using either a physical desk phone, a softphone, or an app, your receptionist can tell who’s in, who’s out, and who’s feeling chatty, thanks to Presence. The next time a customer calls in and asks to speak to “someone whocan assist with…”, your receptionist will immediately be able to ﬁnd the right person in the Company Directory.

FORGOTTEN ABOUT THAT CONFERENCE CALL?

No problem! Your receptionist can conference everyone in for you – no matter where everyone is.

HOW MUCH CONTROL DO YOU HAVE OVER YOUR FRONT DESK?

MiCloud offers full control over what device rings when, forward or divert calls, as well as access to voicemail messages and a full call log – even when the receptionist is away from the desk.

DOES YOUR RECEPTIONIST HAVE TO HASTILY SCRIBBLE NOTES OR SPEED TYPE EMAILS TO LEAVE MESSAGES?

Never let her scribble again again, with MiCloud’s Web client or desktop software sending SMS’s of any calls that come in, including the time of the call and the caller’s ID. Or if you prefer, she can touch base with you via IM for instant replies.

TOO BUSY TODAY TO TAKE CALLS?

Presence will alert your receptionist, who will dodge calls for you and message you the details.

Your receptionist makes your life easier, and MiCloud UC VoIP system does the same for hers.

A single interface is all the receptionist needs to access advanced call control, presence and messaging. Whether they prefer a traditional desktop device or a PC, the full power of directing the company’s telephone traffic is a click away.

Have you ever watched a receptionist juggling multiple calls, taking notes, and accepting deliveries – all at the same time? One big MiCloud desktop screen makes all of that a walk in the park. 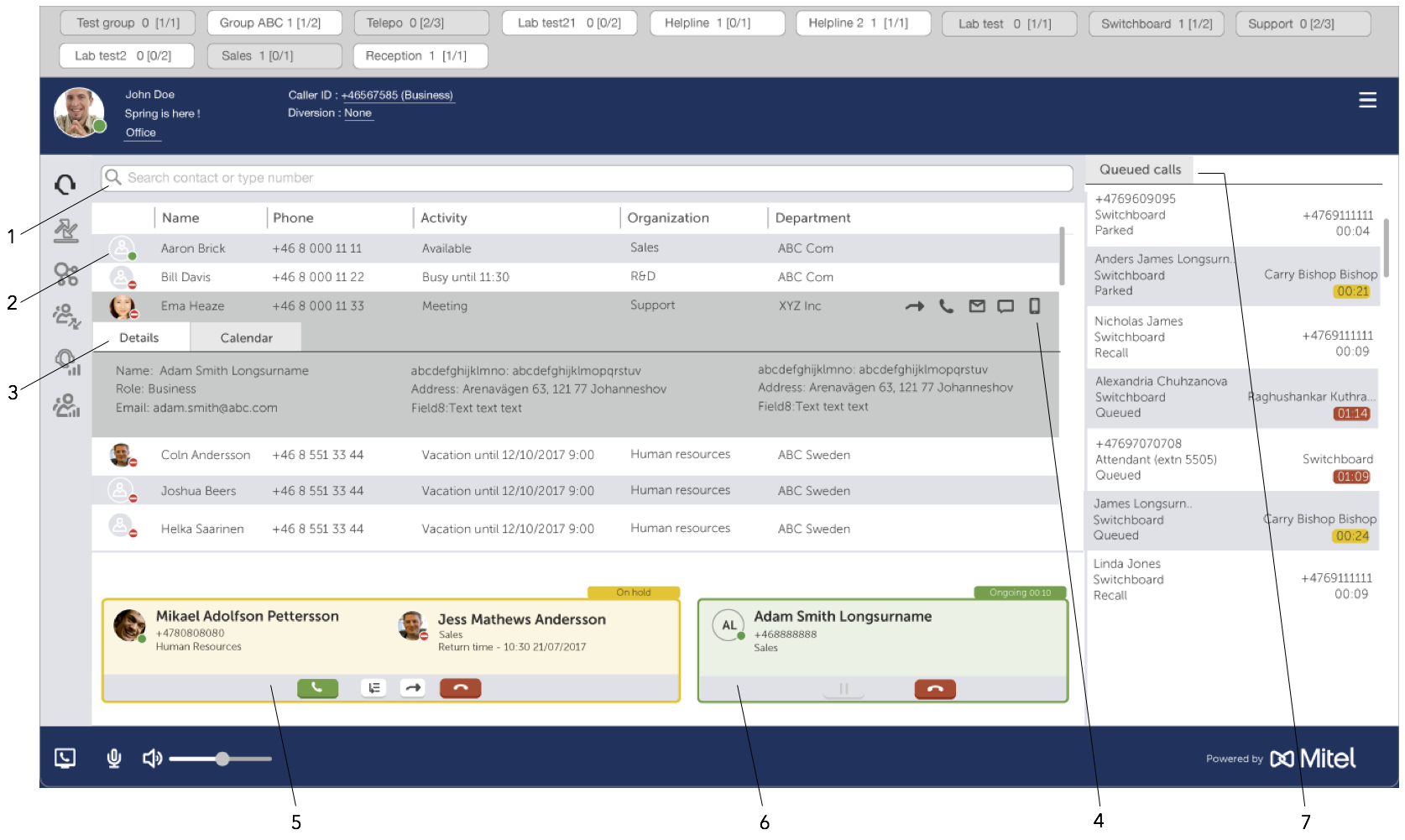 Can your receptionist tell you who’s busy, where they are, and what people’s extensions are when they aren’t at their desk? If you don’t have MiCloud, chances are the answer to that question was no.

MiCloud for Mobile will change your – and your receptionist’s – life. Whether running around in the office, out on errands, or working from home, operators can access all of the features they need to keep things running smoothly through a handy mobile app.

The app, available for iOS and Android, uses the device capabilities to access everything that’s on the office phone, including company voice mail, abbreviated extension dialling, corporate directory, user presence, instant messaging and real time line-state. Soft buttons log the receptionist in and out, and the app automatically controls when they are available or unavailable – regardless of whether they are logged in.

On a wet Monday morning, Mary, a receptionist at a large legal firm, got into her car to go to work, just like she did every other Monday. She knew traffic was going to be terrible, so she left 15 minutes early to avoid being late. But as she got onto the highway, she knew there was no chance she would be on time…

Traffic was backlogged for kilometres because of an accident, and after nearly an hour of sitting at a standstill on the road, Mary started stressing about the 9AM conference call that she needed to arrange for her boss. Even worse, she knew that her boss needed to catch a flight a couple of hours later, so there was no time to reschedule – even if she had everyone’s phone numbers.

So Mary phoned the office to ask one of the Legal Assistants to try and arrange the conference call, but no-one was available. Stressing now, Mary desperately tried to get hold of anyone at the office that could help.

Eventually, Mary got through to a PA. After starting to explain where the PA could find the details of all the participants of the call, and how to conference everyone in, it dawned on Mary that she didn’t actually need anyone at the office to help because the company had installed MiCloud the previous week!

She quickly ended the call and opened the MiCloud app on her smartphone. With a few taps, she was in the Company Directory, which had all the details of the clients that were on the call. A few more taps later, and she was connecting all of the participants on the call.

Unfortunately, when she got through to the desk of one of them, she discovered that they were stuck in the same traffic as her. Fortunately, the client had their mobile phone with them.

Mary quickly dialled the client into the call, and after making sure everyone was on, went back to inching her way down the highway. But before she closed the MiCloud app, she added the client’s mobile number to the Company Directory.

Half an hour later, just as she was nearing the office, her boss called to ask for the mobile number of the client, because he needed to follow something up with her. With a smile on her face, Mary told him to open the Company Directory on his laptop, because MiCloud had saved the details for everyone in the company to access.

As she walked into the office, Mary was hailed as a hero by her boss for making the call happen, despite the fact that she was in standstill traffic. “Well,” Mary said, “I’ll take it, even though I couldn’t have done it without MiCloud!”